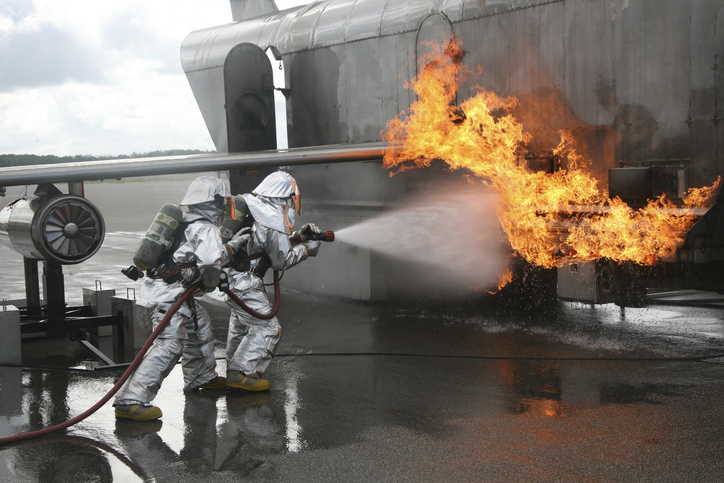 When the National Defense Authorization Act for 2020 (NDAA) was signed into law on Dec. 20, 2019, it is not surprising that the creation of the Military’s Space Force garnered the most attention. However, for environmental regulatory observers, the new law surprisingly included several environmental regulations meant to address per- and polyfluoroalkyl substances (PFAS), including PFOA and PFOS. More specifically, the NDAA prohibits the use of firefighting foam containing PFAS after Oct. 1, 2024 at military installations and immediately prohibits use of PFAS-containing firefighting foam in training exercises.

The NDAA further adds PFOA and PFOS, along with other PFAS chemicals such as Gen X, to the EPA’s Toxics Release Inventory Program. This addition became effective Jan. 1, 2020 and requires any facility that manufactures, processes or uses more than 100 lbs. of PFAS per year to annually report their releases and disposal of PFAS. The NDAA also requires most public water systems to monitor for PFAS under the Safe Drinking Water Act (SDWA).

It has been reported that most of the significant PFAS provisions were struck from the final version of the NDAA. As previously reported in the Environmental Law Monitor, the EPA announced in early December 2019 its intent to take steps towards establishing a maximum containment level for PFOA and PFOS. Other regulations under consideration include the setting of a national drinking water standard for any PFAS under the SDWA, as well as national air emission standards for PFAS. It is further anticipated that PFAS chemicals are being considered for designation as hazardous substances under the Comprehensive Environmental Response, Compensation, and Liability Act (CERCLA). What remains uncertain is what, if any, additional PFAS regulations will be enacted as well as the timing of further PFAS regulation in 2020 and beyond.